Smoking is one of the modifiable cardiovascular risk factors which can alter normal levels of blood lipid parameters, in addition to body mass index (BMI) and waist circumference (WC). This study evaluates the effect of smoking on serum lipid profile and its correlation with some obesity indexes including WC and BMI among young males. The study Targets different groups that consist of 46 smoker group and 20 non-smokersas control group that are age and weight matched. Fasting serum level of lipid profile was estimated in both groups. The results showed significant elevation only in fasting blood triglyceride TG and very low density lipoprotein VLDL-C among smokers in compare with non-smokers group. In addition, it shows non-significant change in the levels of fasting blood total cholesterol TC, HDL-C and LDL-C as compared with the concentrations in the non-smoker group. However, a significant positive correlation is found between TG with each of BMI, WC and Duration of smoking (yrs.), there was a significant positive correlation between TC with each of BMI and WC, This study concludes that the mostly altered lipid parameters in the smokers is TG Whereas the less one is TC that could be worsened by increasing in some obesity indexes.

Smoking is an act in which smoke of burned tobacco leaves is breathed. The dried leaves of the tobacco plant are rolled into a small square of rice paper to create a small, round cylinder called a cigarette. Combustion of the tobacco leaves vaporizes and delivers active substance into the lungs where they are rapidly absorbed into the bloodstream and reach bodily tissue [1]. Rates of smoking increased strikingly during the 20th century in developed countries until recently and rates are still increasing in underdeveloped countries [2].  Global estimate of smoking related deaths is 5 million people every year. It is well-known that smoking causes mortality due to cardiovascular diseases, cancer and respiratory conditions [3].

Cigarette smoking is generally associated with increased risk of a variety of medical disorders. Several studies proved that smoking is strongly associated with altering the normal status of the lipid profile to atherogenic lipid [4, 5]. There are various conflicting reports about which item in the lipid profile is mainly changed due to cigarette smoking, and whether those lipid profile items influence other parts directly or indirectly and vice versa [6]. Previous studies showed an increase in the levels of TC, TG, LDL–C, VLDL and decreasing in the level of HDL-C in association with smoking [7, 8]. Smoking habit is prevalent all over the world especially in the developing countries. It causes addiction, and nearly 20% of cardiovascular events are attributed to smoking [9, 10]. Cigarette smoking is now acknowledged to be one of the leading causes of preventable morbidity and mortality and is one of the largest single modifiable causes of ill health in the world [11]. Atherosclerosis and Chronic Heart Diseases (CHD) are among the most important medical conditions associated with smoking [10]. The exact mechanism by which smoking causes harmful effect on the body, is not fully known. Nicotine and several other toxic substances (e.g. hydrogen cyanide, formaldehyde, lead, arsenic, ammonia, benzene, carbon monoxide, nitrosamines, polycyclic and aromatic hydrocarbons)are among thousands from tobacco smoke and are absorbed through the lungs into the blood stream and are circulated throughout the body. These substances produce harmful and toxic effects on health through narrowing or damaging the blood vessel walls, which allow plaques to form at a faster rate than they would in a nonsmoker [12, 13]. It is revealed that smokers lose more than a day of their life span in average for every week of smoking and smoking kills more than one in three regular smokers. There is a dose response relationship with morbidity and mortality [14]. Long delay between smoking and onset of smoking related diseases results in the ignorance of ill effects of smoking [15]. In addition to smoking, there are other factors that affect the lipid profile such as Body Mass Index (BMI) and Waist Circumference (WC), which also contributes further to the risk of coronary heart disease [16].

BMI is commonly used as a practical indicator of obesity and has been associated with an unfavorable lipid profile consisting of elevated triglycerides. There is growing evidence to support the relationship between abdominal fat and cardiovascular diseases incidence, and outcomes such as cardio metabolic risk factors. WC, a simple measure of abdominal fat, has been observed to be a stronger predictor of obesity-related risk factors than BMI [17].

Obesity and overweight are significant public health problems worldwide, affecting an estimated 1 billion persons and contributing to hypertension, cardiovascular disease, and death. Obesity related dyslipidemia, mainly serum triglycerides, may differ with age, sex, weight, height, BMI, and life style groups [18]. The BMI is obtained by dividing weight by the square of height (i.e., kg/m2). In developed countries, subjects with a BMI ≥25 kg/m2 are defined as overweight and those with a BMI ≥30 kg/m2 are defined as obese, and there are good associations and positive predictive effects between BMI and obesity-related chronic diseases [19].

The aim of this study was to investigate blood lipid profile pattern in young male smokers and to demonstrate which blood lipid parameters are mostly altered and its correlation with some obesity indexes (BMI and WC), number and duration of smoking.

Subjects with history of lipid disorders, diabetes mellitus, endocrine disease, alcoholism, taking medications, renal disease, thyroid dysfunction, and hepatic or any other disease that may alter lipid profile, were excluded in this study.

Samples of venous blood were collected from both overnight fast smoker and non-smoker individuals voluntarily attended biology research lab in Garmian University and the kalar General Hospital, at Sulaimanyah, Iraqi Kurdistan Region from March to May, 2018. Sera were separated from samples in disposable Eppendorf tubes and stored in deep freezer at -28ºC for biochemical assay.

The study also included a specially designed questionnaire form filled in meeting interview by the By the interviewers and included the following information: Age, gender, weight, height, WC, number of smoking per day, duration of smoking,  age of starting smoking, dyslipidemia, chronic diseases, thyroid dysfunction, alcohol consumption and some other questions that may be associated with dyslipidemia.

Each returned questionnaire was given an identity number (ID).  Prior to data entry and analysis, the questions of study were coded. The data was entered into a Microsoft Excel Spreadsheet for statistical analysis.

The data of the current study was expressed as (Mean    ±    S.E.M) and Microsoft Excel Spreadsheet 2010 was used to analyze the data. Differences in mean values between two groups were analyzed by two samples T-test (independent student’s t-test). Statistically, the P value (< 0.05) was considered significant.

Correlation was used to investigate the relationship of TG, TC, HDL-C and LDL-C level with BMI and WC value and also number of smoking per day and duration of smoking in years.

Ethical approval was obtained from scientific committee of biology department, college of education, university of Garmian. Written permission and verbal consent was sought from the respondents before starting of the study. Participants were also assured of the confidentiality as well as were notified that the participation would be voluntary in the study.

Table 2: Correlation of TG and TC with BMI, WC, Number and duration of smoking

This result was compatible with other studies by Devaranavadgi et al; Alharbi; Rao and Subash [14, 6, 21], whereby the levels of TG is significantly higher in smokers compared to non-smokers. The possible explanation for high levels of TG in young male smoker groups is reduced in the activity of lipoprotein lipase enzyme at the skeletal muscle by action of nicotine which is present in the cigarette smoke [21], and in turn may lead to impaired TG clearance in blood. This enzyme is responsible for catalyzing TG hydrolysis and clearing TG from the blood [20]. The level of total cholesterol (TC) was not significantly higher in youngmale smokers Compared to young male non-smokers (Figure 1). TC is defined as the sum of HDL-C, LDL-C and VLDL-C.  The study shows, the high level of TC could be due to the significantly high level of VLDL-C, which in turn due to high TG in smokers compared to young male non-smokers. An increase in serum total cholesterol level in young male smoker groups were also observed in previous studies [7, 8]. High level of TC shows that cigarette smoking negatively affects serum lipid which further increases the risk for morbidity and mortality due to cardiovascular events. Furthermore, high VLDL-C level is attributed to its strong positive correlation with serum TG level and majority of serum TG is contained in VLDL which half of its contents  [20

On the other hand, there is a non-significant difference in HDL-C and LDL-C level between smokers and non-smokers are also reported in the previous studies [23, 24]. The probable explanation could be due to factors such as age, diet, physical activity, body weight, waist/ hip ratio, psychosocial conditions [25] and genetic variation [26]

In Table 2, a significant positive correlation (r =0.35, P =0.019; r =0.39, P =0.0076) were found between TC with each of BMI and WC, respectively (Figure 2E and Figure 2F).This result was somehow compatible with previous report by Bray et al., who states no significant differences in serum TC, TG, LDL-C and HDL-C levels between smokers and nonsmokers [29]. Another also found non-significant difference between smokers and non-smokers concerning triglycerides and total cholesterol [30]. The minor differences of the current study and the previous studies may be due to ethnic’s variation in study population and age factor These findings suggest that, smoking is related to alteration in TG level, and the change become more noticeable with increased BMI, age and duration of smoking. Thus smoking plays the key role with atherosclerotic process and coronary artery disease [5].

According to results of this study and statistical analysis with the t-test in smokers when compared with non-smoker groups and simple regression analysis, it can be concluded that the mostly altered lipid parameters in young male smokers is TG and to less extend TC that could be worsened by increase in some obesity indices. 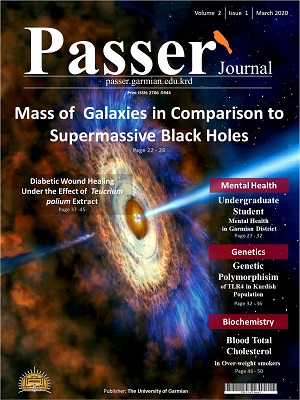