Phytochemical Study of the Geranium L. in Kurdistan Region-Iraq

Plant chemotaxonomy is the contemporary and rapidly expanding areas of plant taxonomy(1). In fact chemotaxonomy has various old history origins, perhaps foremost comes the search by herbalists and pharmacologists for drugs that have involved in the buildup of information about the chemical content of a very wide range of plants. The second ancient origin of chemotaxonomy are the fields of morphology and anatomy. For example, color, crystals and starch molecules which they are different in their morphology and chemical composition(2).

According to a study by Stace (2) ,the first study about the relationship between chemistry and plant taxonomy is the study of Abbot in 1886 on the classification of saponin in plants and then the study of Reichert (1916-1919) on carbohydrates in plants. This reasonably well known today (3,4). According to Hegnauers dictionary of plant chemistry at least 55 species have been investigated chemically (5,6). The Geranium’s leaf flavonoids are typical of the Geraniaceae and correlated with dicotyledonous families. They are  predominantly flavonols and the commonly contain quercetin (7). In addition other study by Bate-Smith (8) studied the distribution of flavonol aglycons and proanthocyanidins compounds in Geranium, his results revealed that all 60 tested species contain kaempferol and quercitin with various quantities which emphasize the strong relationship among these species.

The prepared phenolic extracts were used to determine the phenols quality of each species by using HPLC, the analysis was carried out at National Center of Supervision and Medicinal Research – Ministry of Health-Baghdad.

TLC was used as another method for phenolic compounds detection. Germany plate silica gel with dimensions 20x20cm was used, after activation in oven at 100-110CO for 20-30min was used. Small spots of prepared phenolic extracts were added on silica plate (lower part) by capillary tubes with leaving 2cm distance empty on all sides of plate (upper, lower and both lateral sides). Thus spots of each standard phenolic compound were added beside the spot of extraction, with omitting 2cm distance among each one. Spotting were repeated several times to saturated and left to dry. Plates with spots placed in a suitable developing glass tank, which contains solvent then covered. The solvent was prepared and put in the tank before placing the plates even to make solvent steam and filling the tank. Four different solvents were used to isolate and study phenols (9), included; Forestall (Acetic acid: Concentrated HCl: Water; 30:3:1 0); BAW (n-Butanol: Acetic acid: Water: 4:1:5 top layer); HoAc 50% (50% aqueous acetic acid); 10% Acetic acid in chloroform. The BAW is the best for the separation of phenolic compounds on silica gel plate  which was prepared by mixed n-butanol 80ml, Glacial acetic acid 20ml and distilled water 100ml in separating funnel and shacked gently then left even to separate into two layers. The upper layer was taken and used in next steps. Plates left in the tank for 8-9 hours, whereas the solvent move (traveled) to specific distance (16cm) for each specimens. Plates brought out and dried. Plates were treated with developer such as ammonia vapor, by thereby the tank space was saturated by ammonia vaporputting small opened tube containing ammonia solution inside the tank, then covered and left for short time. Thereafter, the plates were placed inside the tank for 20-30 minutes, and were taken out the plates and recorded notes. Plates tested under UV ray (365nm), and observations were recorded. Phenolic compounds were recognized by retardation factor (relation flow Rf), color features in normal light and in UV ray. This was done by comparing Rf of colors for specimens and Rf of standards. Separation and identification of phenolic compounds was made randomly by placing one specimen with number of standards on one plate. 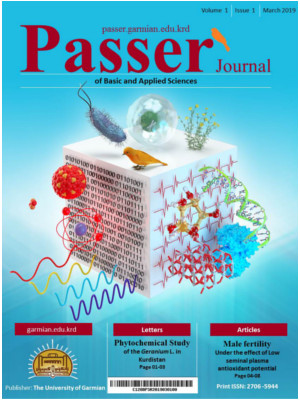