Permeability decline related with fine migration is one of the most widespread phenomenon that occurs in most oil reservoirs. Fine migration is intensive in sandstone reservoir, but frequently misinterpreted. Movement of fine particles might be problamatic to identify and even not easy to predict and interpret. The main goal of this study is to  investigate the influence of flow rate and fluid alakalinity on petrophysical properties of selected reservoir sandstone.  To determine the types of clay minerals with calculating the percentage of each types and the shape, position, and distribution within the rock matrix, first selected core samples were examined by X-ray diffraction and scanning electron microscopy. This is also to identify the bulk mineralogy and clay fraction.. The result of this study shows that higher alakalinity fluid flow through reservoir standtone might cause a significant reduction on permeability. While at low pH fluid, the degree of damage is less damage than high pH value. However, the reduction on permeability was estimated by conducting a series of core flood experiments by injecting alkaline solution (pH 9 and pH 11) with stepwise increasing flow rate (50, 100, 200 ml/ h). Furthermore, the basic petrophysical properties of such porosity and initial permability were measured prior to testing.  Ultimately, a series of core flooding were also conducted to investigate the influence of clay mineral content, pH and flow rate on sandtone reservoir permeability. High pH solutions significant permeability reductions were recorded, during the flood of pH 11 alkaline solution reductions as high as 36- 50-% were obtained while, the degree of damage was observed  less severe with (pH9). Hence, the magnitude of damage was more severe with high flow rate and higher pH. The result shows that the clay minerals present in the cores were characteristics to fine migration thus causing negative impact on reservoir characteristics.

Fine particle movement is well known to cause a decline in reservoir permeability, fine migration might not be easy to identify and even more problematic to predict and interpret. If its presence is predicted, the next challenge is to estimate that it has a significant influence on reservoir permeability (1). Decline in permeability due to fine particle migartion is well understood, but still existence of clay mienrals in sandstone formations presents a challenge for oil and gas industry (2). Permeability reduction happens at different stages of the production’s lifespan of the reservoir from drilling to production. The cause of formation damage includes mechanical damage such as fine migration and chemical damage for instance deflocculation and despersion. The degree of permeability reduction depends on properties of both fluids-rock and rock- fluid interaction. Moreover, there are many factors that are related to permeability reduction due to clay mienrals, these factors include: physio-chemical factors such as pH, flow rate, salinity and others which impact stability of clay mineral in sandstone reservoir. In its turn, clay mineral type and amount have a significant infuence on the permeability of sandstones (3).

The sandstone core samples (3.8 * 6.2 cm) were selected from a Hungarian Gas field (East Hungary). D- 2- 5 and D- 2- 6 were taken from the same well but at different depths. Type and amount of bulk and clay minerals are measured by help of X- ray diffraction (XRD), and the distribution, position and sizes within the pores are determined by the help of using scanning electron microscopy (SEM) at the Institute of Geology and Mineralogy, Miskolc University. The XRD analysis was performed (Bruker D8 Advance) with the X- ray diffractometer (Cu- Kα source). The device was equipped with a vertical theta/ theta goniometer and a Goble mirror for parallel beam geometry. XRD powder were prepared based on the standard method (9). Thus higher purity could be obtained generally samples are crystalline. The bulk mineralogy of the selected samples were studied by XRD bulk sample method (Table 1), whereas clay minerals were studied by different treatment methods such as ethylene glycolation (EG), heating (350 0C and 550 0C) on oriented samples according to (Thorez, 1976) (10). Based on the results obtained from XRD analysis oriented samples after different treatment methods, the peak of 7.2 Å of kaolinite disappeared at 550 oC which is proved kaolinite exist at those samples. The peak of both clay minerals of chlorite and illite remain unchanged after treatment methods even after ethelen glycolation thier peaks are 10.2 Å and 14.2 Å, respectively.

The mineralogical identification was done by Search/ Match in the DiffrctPlus Eva software of Bruker D8, from ICDD PDF4 database. The quantitative evaluation was done by using TOPAS4 softwrae, with Rietveld profile fitting; In addition, the Amorphous humps method, by combing Rietveld refinement and single peak fitting, was applied to model the amorphous humps as a broad peak was used to determine the percentage of amorphous content.

The petrophysical measurements and core flood tests were conducted at the Research Institute of Applied Earth Sciences, University of Miskolc. First, porosity measurements using He-porosimetry were performed prior to the initial absolute and effective permeability tests, and the effective permeability of the chosen samples were determined by the help of application of Hassler type core holder. Whereasthe outcome was precisely 5% of NaCl brine saturation. After that, the selected cores were placed in a Hassler- type core holder to start the core flood test (Fig. 1), and the flooding process started by the injection of selected solutions (pH 9 and pH 11). Injection rates were  (50, 100, 200 ml/h) and was done at the ambient condition (room temperature and atmospheric pressure with a sleeve- confining pressure 25 bars, no back pressure were applied during the experiments- table 2).  An alkaline solution (KOH) was prepared based on the NaCl saline, the purpose of investigating the impact of flow rate and pH on permeability reduction.

The main aim of this work is to investigate the influence of pH and flow rate on permeability reduction due to fine particles movement. X- ray diffraction (XRD) analysis was applied for the purpose of bulk mineralogy and clay fraction identification. The obtained results from the XRD of the selected cores revealed that those were mainly composed of quartz around 78 wt % and carbonates ranges between 4.5 to 6 wt %, with an approximate amount of total clay minerals 4.5 w%. The properties of  the selected cores are given in (Table1). The existing clay minerals have the capability of  migration, and the experiments shown that the corresponding migration would have a significant influence on reservoir permeability (Table 2).

The SEM images show that quartz grains makes up more than 78 wt% of the total sample with different shapes from angular to sub-angular and different size ranges (between 50- 200 μm) represented by grey colours, and clay minerals are concentrated in some pores but not in others. The kaolinite particles ranges starting from < 10 to 100 μm as a booklet structures. This type of clay minerals are succeptible to contribute of fine partilce migartion and formation damage because kaolinite booklets could easily be delarminated into smaller particles and migrate, especially at alakline pH values. The small flakes of both  chlorite and illite could also contribute in fine migration, while the mica flakes are too big to be involved in fine migartion and it would seem more likely that fine particles of clay and non-clay mineral would be more involved. The obtained results show that at low pH values (pH 9) permeability reduces slightly from 389.5 to 349.6 mD at 50 ml/ h flow rate the percentage of damage increased with incraesing flow rate regarding a value of 334.1 mD, thus the percentage of damage at (pH 9) values at high flow rate is around 14%. While the magnitude of damage in permeability significantly dropped from 325.3 mD to 207.1 mD at 50 ml/ h and even more drastic at higher flow rate 200 ml/ h reduced to 144.3 mD (Fig 4). The result also shows that the perecntage of permeability impairment increased with incraesing the degree of alkalinity and pH values, but the degree of alakalinity had a higher impact than the flow rate. The higher pH values can cause the clay disintigration and migration and result in a negative impact on the reservoir quality (8). As mentioned in Table 2, the result of these experiments show that selected sandstone core with a higher alkaline fluid in the porous medium and a higher flow rate in the internal clay minerals is less stable relative to low alkaline conditions, nevertheless; the degree of formation damage is more severe.  Permeability damage due to fines migration is a major concern in reservoir processes such as water flooding (12).Changes in pH and flow rate caused significant production of fines, bridging and blocking by fines. Moreover, severe damage occured when the selected sandstone core flushed with high pH and higher flow rate at pH 11 and 200 ml/ h the percentage of damage was more than 50%, while at pH 9 and the same flow rate was less severe around 14%. Priisholm et al., (1987) and Gunter (1994) observed that changes in pH can result in fine migartion(13,14).

Magnitude of damage is believed to be a function of amount of clay minerals particularly migarted clay minerals such as kaolinite, illite and chlorite that contribute with fine migartion and permeability impairment. Mohan, et al., (1993) experimentally showed that damage due to fine particles migartions (kaolinite) does not become apparent till a high pH of  (> 9) in Steven sandstone (15). Tchistiakov, (2000) investigated that the declination in permeability by 20%  occured vividly after switching from 0.01 M NaCl solution to distilled water in Bentheim sandstone (Western part of Germany) (8).  Generally, several scholars have suggested that migration of fine particles of kaolinite, is caused by decreasing salinity of the injected solution (NaCl), which can drop permeability by about 90% in Berea sandstone samples (16).

This study concluded that XRD and SEM analyses show the majority of samples composed of quartz and clay minerals such as kaolinite, illite and chlorite which could generate fines migration during core flooding. In addition, mobilizing of fine particles within the porous media causes a drastic decline in reservoir permeability. Moreover, magnitude of permeability impermeant increases with the increase of flow rates. Also, the percentage of damage increases with the increase of degree of alkalanity. Furthermore, both parameters, flow rate and alkalinity have a positive impact on permeability reduction but alkalinity has a more severe influence than the flow rate.

GINOP-2.3.2-15-2016- 00010 “Development of enhanced engineering methods with the aim at utilization of subterranean energy resources” project of the Research Institute of Applied Earth Sciences of the University of Miskolc in the framework of the Széchenyi 2020 Plan, funded by the European Union, co-financed by the European Structural and Investment Funds. The authors wish to thank Délia Dudas for sharing her unique assistance with the XRD and SEM samples preparation. 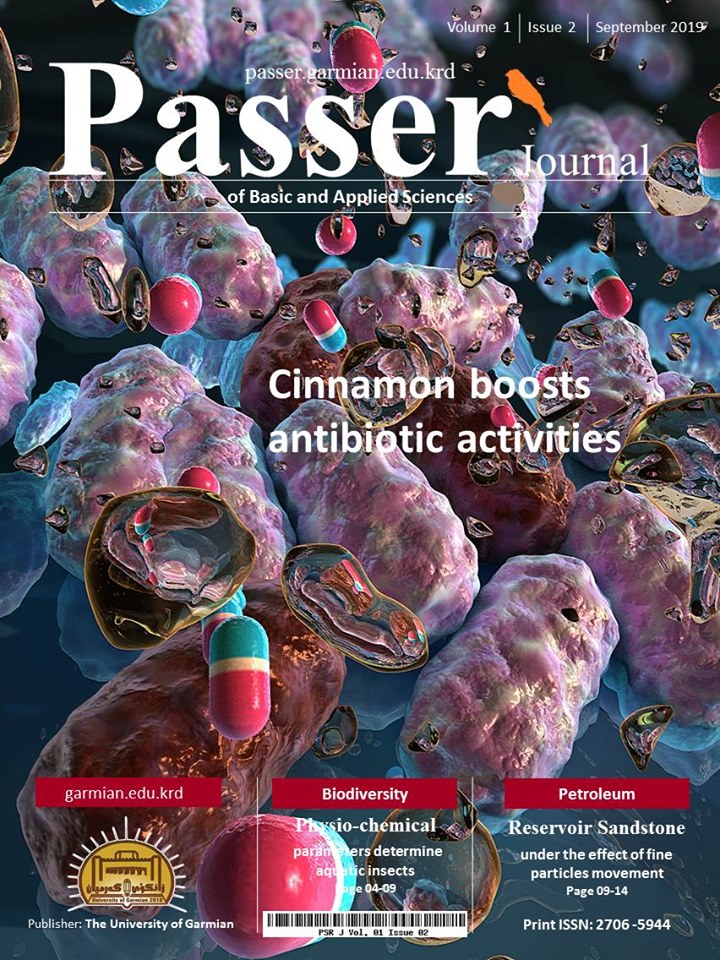